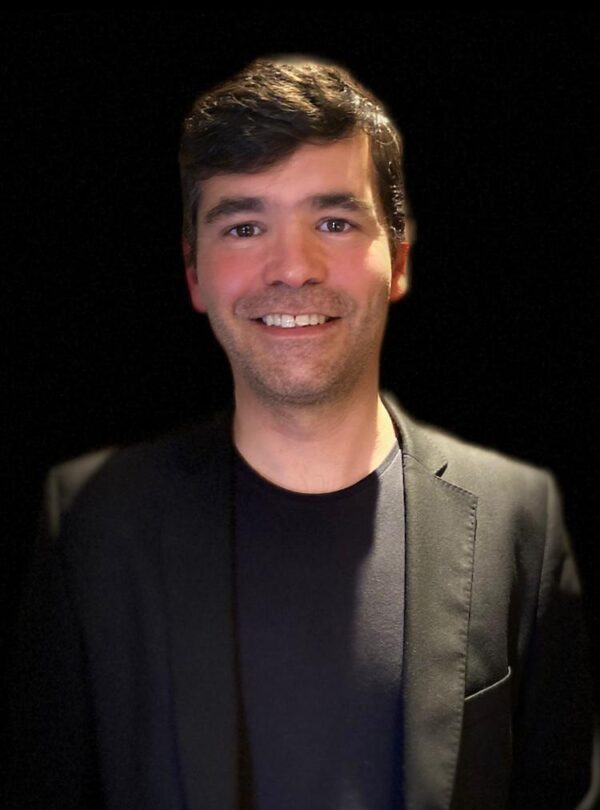 Born in Madrid in 1979, he is a Composer who is developing a brilliant career outside of the pressure of contemporary music themes. The indispensable tools through which he crystallizes his music are great harmonic transparency, an exquisite timbral palette, and a complete symbiosis between traditional and vanguardist elements, all in service of a constant search for beauty. Among his usual sources of inspiration are literature, paintings or the contemplation of nature, but always without forgetting that his motivation when writing is the vital process itself and it self-awareness. His pieces are also characterized by perfect and idiomatic writing that brings the interpreters closer, who in turn, and while following the thin chain of complicity, are able to bring his music to the public.

He starts his musical studies in the Escuela Municipal de Música de Tres Cantos, continuing them in the Conservatorio Superior de Música de Madrid, where he gets a degree in Piano. During this same period, he studies Composition with Jesús Torres.

In 2009 he received the Premio del Colegio de España en París/INAEM, and a monographic concert of his music took place in the French capital.

He has received commissions and grants from La Residencia de Estudiantes, INAEM, Comunidad de Madrid and Fundación Canal. He has recently written a piece under the commission of “53 Semana de música Religiosa de Cuenca”.

He balances his creative work with teaching at the Escuela Municipal de Música de Tres Cantos.